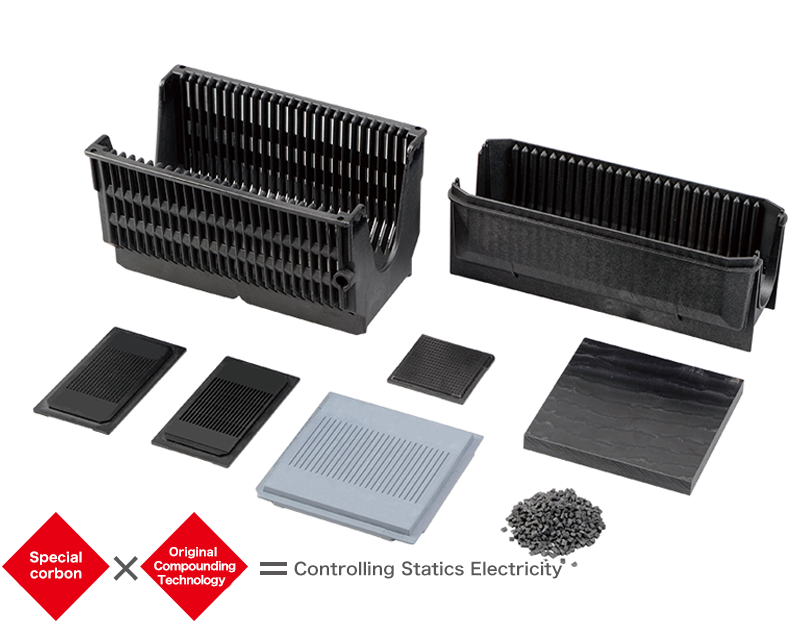 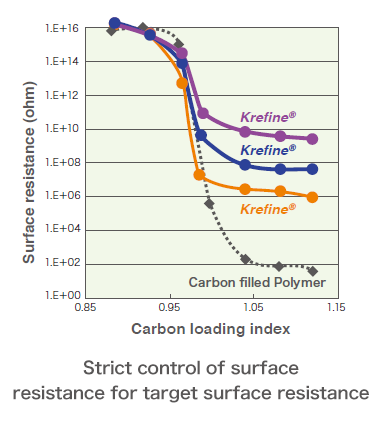 It is difficult to control the surface resistance of molding parts in depth when using carbon fiber filled compound. However, it is easy to control it when using Krefine. 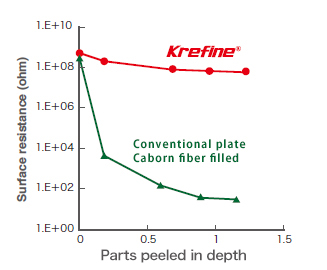 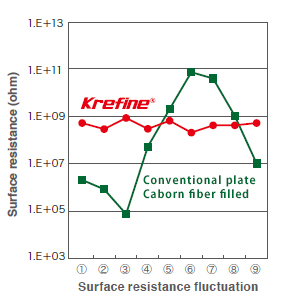